During a civil war in general, there have always been a number of journalists with diverse nationalities who are killed unjustifiably. Nowadays following the emerging access to mobile and pervasive technologies within urban space, in many cases, the lack of video footages capturing an event (or a specific person during an event such as a demonstration) alleges the idea that the aforementioned person has never been there and the story of his/her death is a rumor. And this is mainly because several cameras or video footage from those present during the event did not capture that person in the environment (based on an interview with Michael Sfard; an international human right specialized lawyer). From this point of view, the existence of video footage as proof or evidence seems really crucial.
Pigeon is a fictional scenario about the collectively executed evolution of a toy drone toward a very important tool for journalists who have to work in unstable and dangerous sites.

Pigeon is made through an unsupervised and dispersed manufacturing system within digital space. Although Pigeon is a tool, a number of human and computer nodes need to collaborate through a mixed reality network in order to benefit from its features. Pigeon also does not directly influence the life of its main user, however, it is designed in a way to secure sites for journalists or key demonstrators (those who are subjects for snatch squads) in the future. 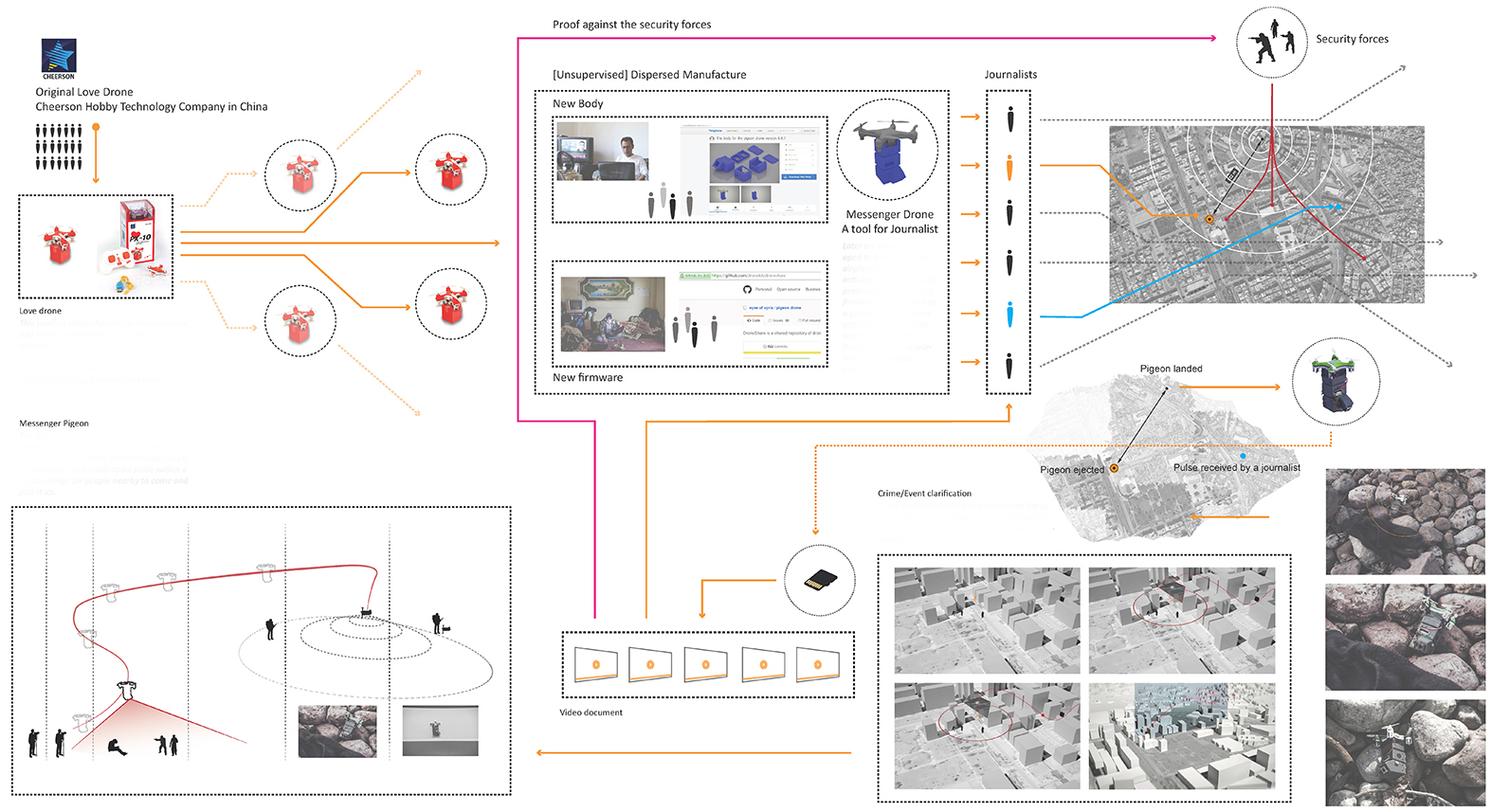 There are many highlights and latent points in the pigeon scenario such as dispersed manufacturing, online collaboration, possible directions for cyber-activism. It also emphasizes the significance of open-source culture and digital sharing space. Pigeon scenario suggests a none pre-deterministic nature for objects and products as well as its main point that is the importance of creating evidence or documents in order to change the unfavorable current situation.