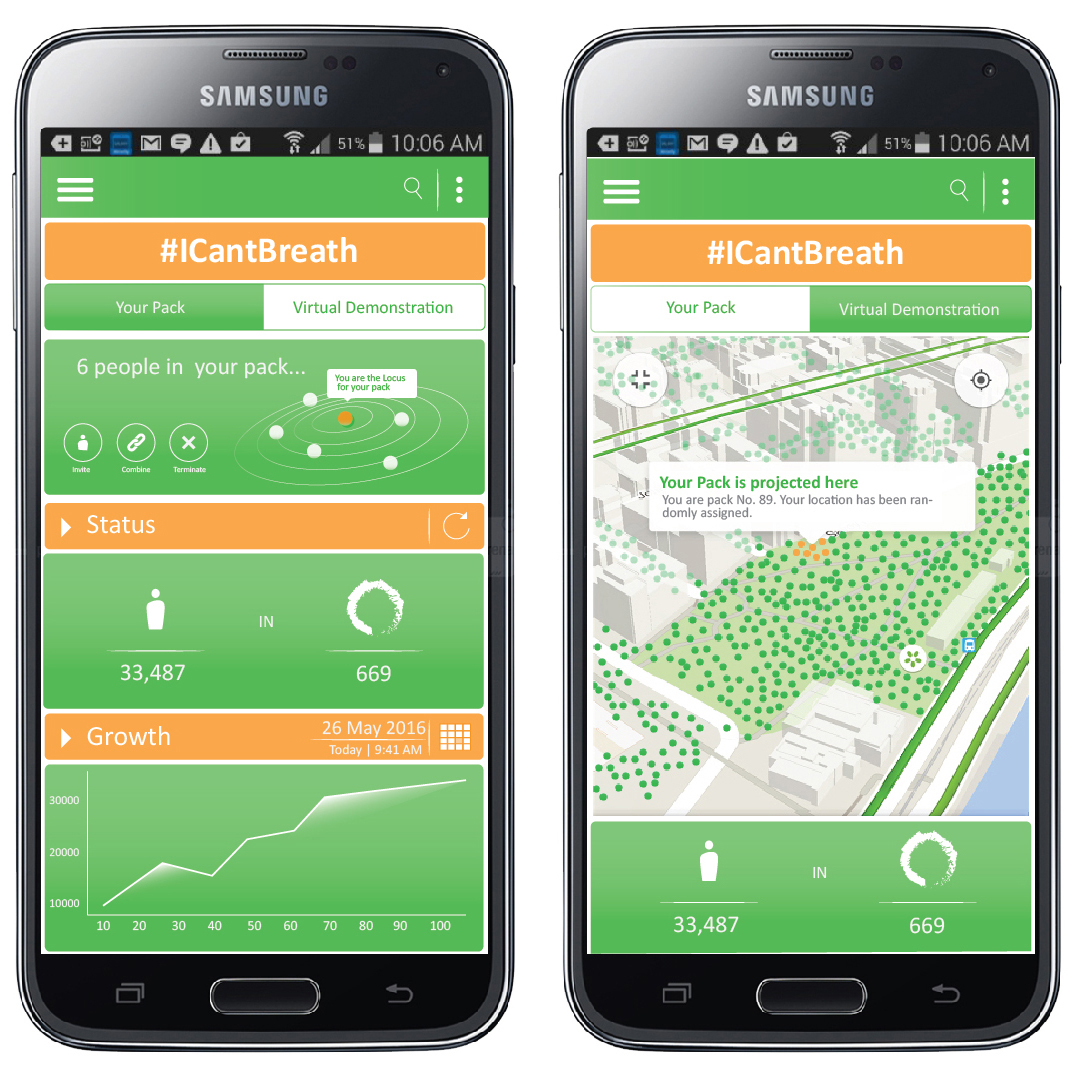 Packer returns agency to small groups of individuals. It encourages individuals to remain as small groups, or packs, in private or privately-owned public spaces. It sustains the potential re-formation of the previously dispersed mass demonstration, or the formation of a new one when the situation becomes appropriate again. 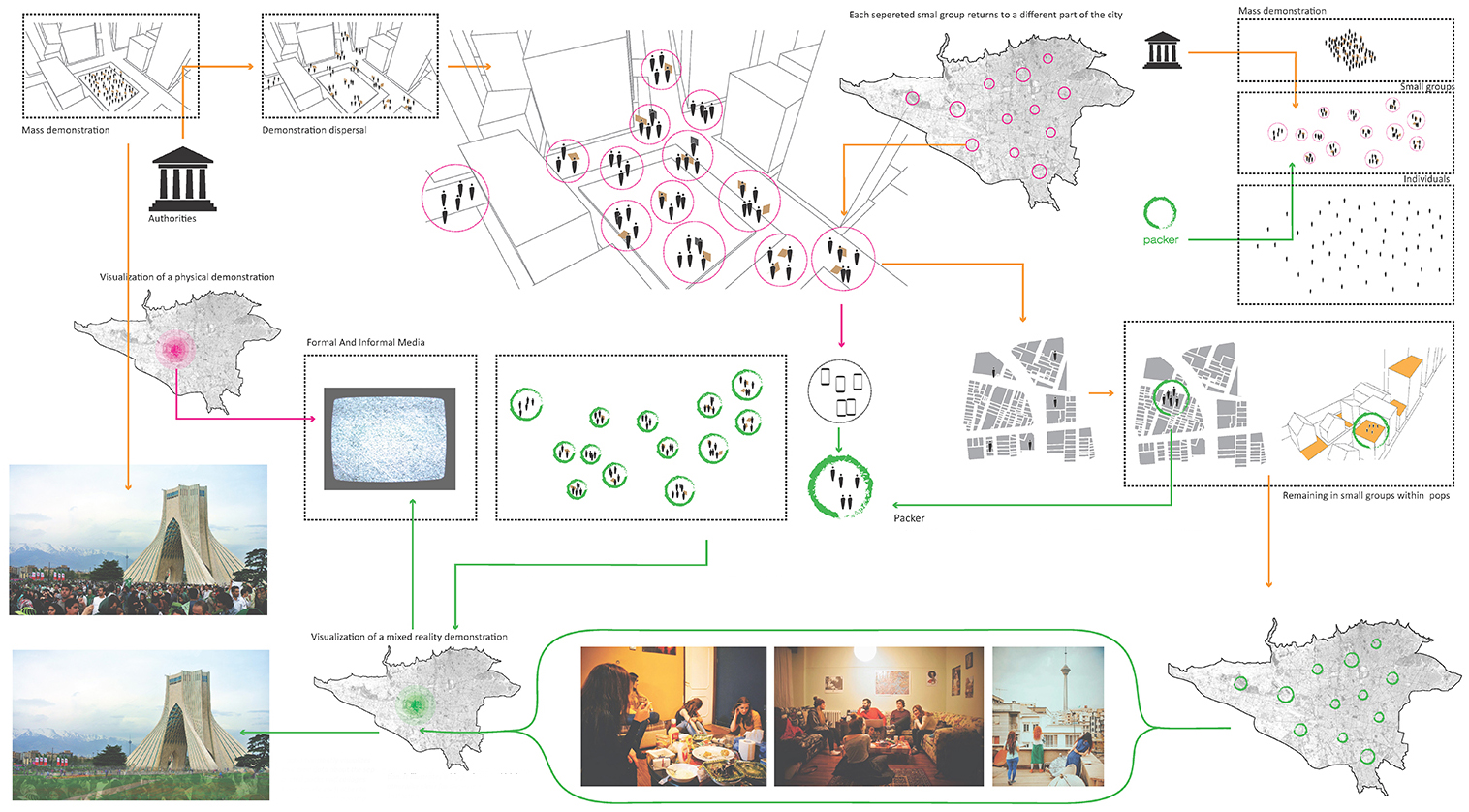 Packer constantly visualizes real-time data about the separated packs and collages them beside each other to evoke a virtual demonstration. It illustrates a bigger image which is not otherwise clear for dispersed packs of demonstrators, one which is prevented physically but still remains as a social desire.
Protesters stand together within their packs for a united reason in places such as cafes, food courts, shopping malls, parkings, balconies, and rooftops,- separated physically but gathered together digitally and psychologically. 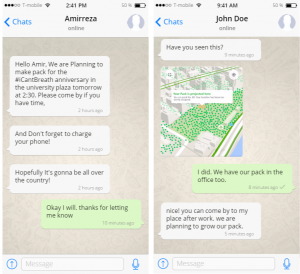 It lets demonstrators stay packed with their small networks of friends and gives them enough reason to sustain action on their shared concerns.
The mobile app Packer constantly generates data visualization of the packs all over the globe and also feeds the formal and informal media with visualizations, statistics and other types of gathered data. Its ultimate result is not the data visualization but instead maintaining those packs of individuals as a group in a physical spatial layout.

Packer speaks the languages of locative media, freedom of speech. Packer impacts physical space and changes its patterns of occupation by having a psychological effect on hopeless protesters who are about to give up occupying physical space because of authorities’ restrictive strategies and tactics.