Scenario
Internet in Things proposes a network of humans, objects, and computer nodes, constructed of relational connections. This network is reliant on all of its heterogeneous components. Although Internet in Things is an approach to circumvent Internet censorship based on its technological properties, it also relies on previously established human social connections and develops a mixed system combining various components.
It uses an alternative infrastructural system to overcome the barriers of Internet censorship. It attempts to skip the old cat-and-mouse game of circumvention tools or at least start a new game. 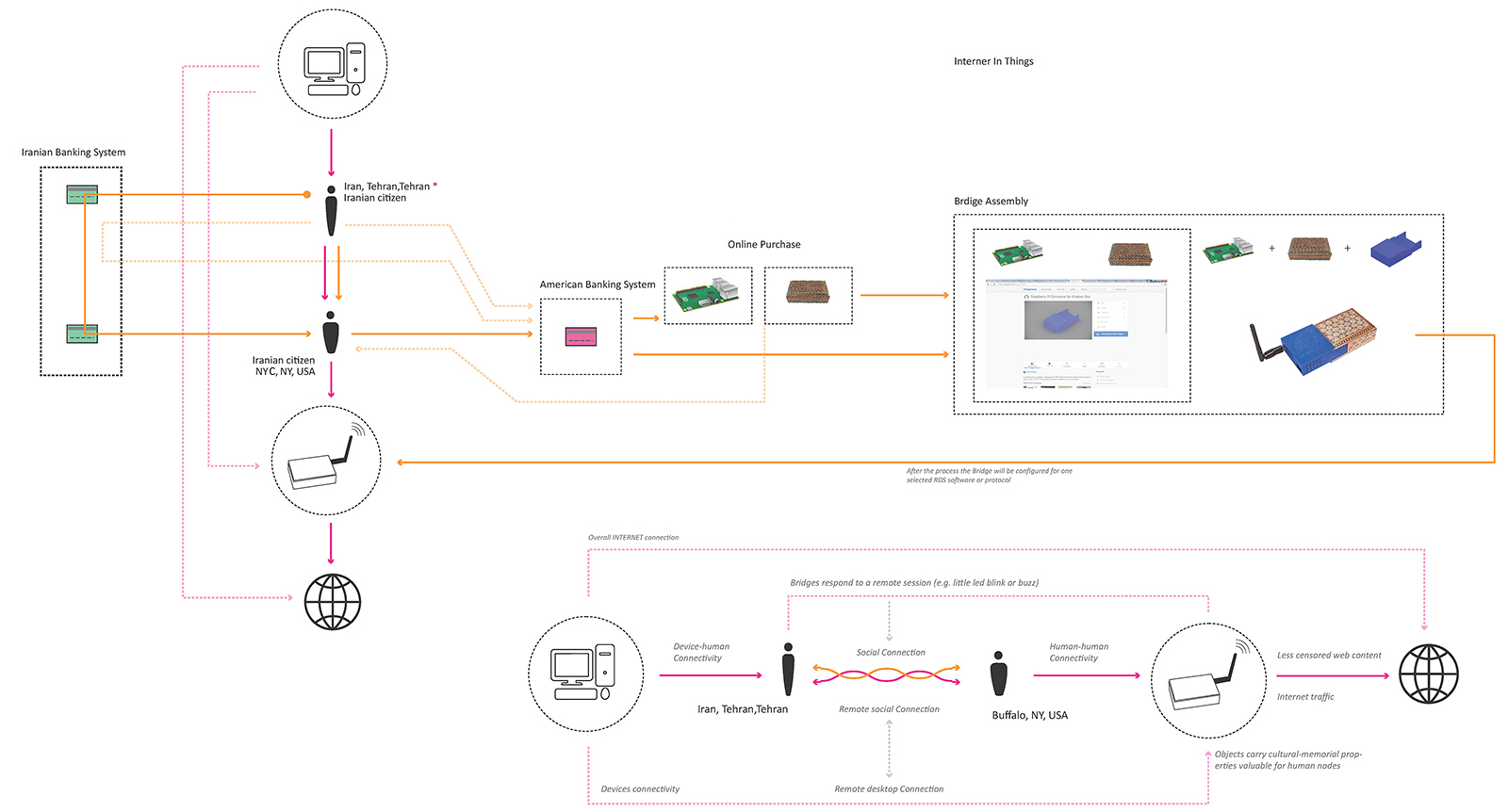 In this scenario, people use Remote Desktop Services, or RDS. RDS software and protocols allow users to remotely access an actual computer and execute commands using their mouse and keyboard through the host computer. The main purpose of these services is to fix a computer problem, to perform administrative tasks and to access a workplace computer from home or when traveling or from other locations and vice versa as opposed to common censorship circumvention tools that are designed to secure an Internet connection.

Internet in Things creates a real private network between two human beings and their devices. One is the guest facing blocked content and one is the host with access to that content.
The guest will remote to the host’s computer and will gain access to content which is blocked from where he is connected to the Internet. However it looks like he is streaming someone’s monitor while having access to his mouse and keyboard.

Bridge
The major component of Internet In Things is called the Bridge. A Bridge is made out of an artifact with cultural associations and memories that the host and guest share. This artifact is given a 3d printed extension to be enabled to carry a computer inside. The new life of the artifact after this assembly turns it into a Bridge. The bridge remains as a decorative object that is also physically responsive to Internet traffic as an indicator for the host that the guest is browsing the Internet through the Bridge. This way, the Bridge plays a slight role to invoke and maintain the sense of solidarity.